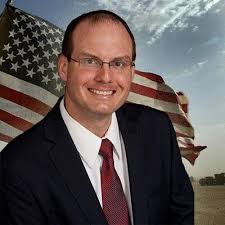 Former State Representative in the 59th District serving New Holstein, Jesse Kremer, endorses Jeff Hebl to be the next Mayor of New Holstein.  Rep. Kremer served as a State Assemblyman for four years before recently returning to the private sector.  Jesse was a known staunch conservative and bulldog down in Madison and that is what New Holstein needs in it's leadership.

Here is what Kremer had to say about Jeff Hebl:

"Jeff has spent his life serving and protecting the people of New Holstein and now he wants to serve the people in a different capacity; to be their Mayor. New Holstein is a great community with a bright future ahead of it. That is why they need a bold reformer with leadership experience to get the job done. I encourage everyone to vote for Jeff Hebl on Tuesday, February 18th and again on Tuesday, April 7th."