We endorse Mr. Hebl's candidacy for New Holstein Mayor many reasons. He has been responsive to our questions and has been very accessible, which is something conservatives like in their elected officials.  He has a vision for New Holstein, which is something that is unfortunately needed according to many residents.  Jeff's proven leadership comes from his lifelong service to the people.  As a solid conservative, we need someone who can Make New Holstein Great Again and we believe that Jeff is the man for the job.  We asked him some questions through our candidate survey and he enthusiastically responded.  We sent the same survey to the other two candidates in the race, but we had no response.  Thank you Jeff for your service to the people and for wanting to dedicate even more time serving them.  Read more about Jeff below. 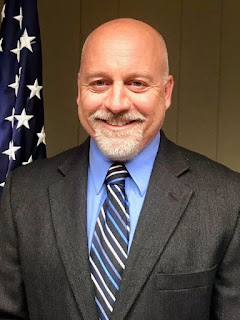 Tell us about yourself!

Profession/Job – What do/did you do for a living?

Do you have prior political experience? If so, what?

I was elected to the New Holstein Board of Education for 12 years, holding the offices of President, VP, Clerk and Deputy Clerk.

What political party do you most align with?  Which direction do you lean?

In your opinion, what do you believe the role of government should be?

The role of Government is to guide the direction of their respective community, maintain fiscal responsibility and provide services in the most cost effective and efficient way possible.

Why should voters vote for you?

I bring to the table years of experience as a preciously elected official, my 20 years in a supervisory position within the city I hope to lead. The knowledge of what works and doesn’t and observed wasteful spending by departments within the city.

In what situation should taxes ever be raised?

Taxes should never be raised in my opinion, but if they must be raised only as a last resort and only if the benefits far out way not raising taxes. And finally if not raising taxes would drastically affect the city residents as a whole.

What are your plans for your municipality? Why are you running for office?

I am running because I have the knowledge and experience to move the City of New Holstein forward,  a city that has been stagnant for years and losing businesses at an unbearable rate. The governing body has stayed the same for years, on average members have been on the council for over 15 years with the city going in the opposite direction of growth and prosperity. Finally, New Holstein residents want change in leadership.